PCB layout of any electronics project is equally important as to the circuits, the latest components, and the codes.

A Poor PCB layout can cause malfunction and reliability problems.

In this article we will discuss about some PCB layout tips that can help your PCB projects work correctly and reliably.

In case you’re looking for PCB Stencil and PCB Layout Services, we would recommend you PCBWay.com as they have a smooth and hassle-free process for the same.

As we know, copper traces have resistance. Which means that it has a voltage drop, power dissipation, and a temperature rise when current flows through it.

Resistance can be defined as :

PCB designers most commonly use length, thickness, and width to control the resistance of a PCB trace.

Resistance is actually a physical property of the metal that is used to make the trace.

Since it is not possible to change the physical properties of copper, so what we can do ? We can focus on the trace size, which can be controlled.

PCB trace thickness is measured in ounces of copper. One ounce of copper is the thickness we would measure if we evenly spread 1 oz of copper over a 1 square foot area. This thickness is 1.4 thousandths of an inch.

Many PCB designers use 1 oz or 2 oz copper, but many PCB manufacturers can provide 6 oz thickness.

However, you must note that fine features like pins that are close together are hard to make in thick copper.  So, you should  always consult your PCB manufacturer about what their capabilities are.

There are many trace width calculators are available now online. You can use any of them to determine the thickness and width of your traces for your application. Aim for a 5°C temperature rise. If you have extra space on the board, use bigger traces, as they are free of cost.

It can be noted that, in case of  multi-layered board, the traces on external layers have better cooling than traces on internal layers as the heat from inner layers has to travel through layers of copper and PCB material before being conducted, radiated, or connected away.

Since small loops have lower inductance and resistance, loops, especially the high frequency loops, should be made as small as possible.

Small loops also help in reducing the amount of signals that are inductively coupled into the node from external sources, or are broadcast from the node. This is what you need, unless you are designing an antenna.

Also in case of op-amp circuits, keeping smaller loops small prevent noise from being coupled into the circuit. 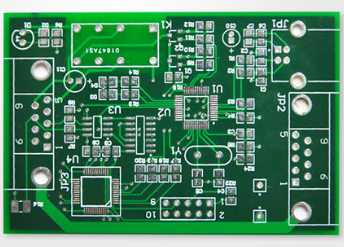 The decoupling capacitors  should be placed as near as possible to the power and ground pins of integrated circuits to maximize decoupling efficiency.

Multiple vias from the capacitor’s pin to a ground plane reduce inductance.

Although on the schematic, placing the connections at the resistor pads or at some arbitrary point may look the same, real traces have inductance and resistance that could throw your measurements off if you don’t use Kelvin connections. 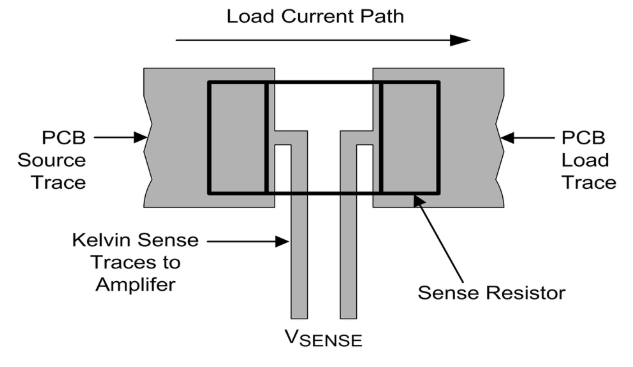 5. Keep Digital and Noisy Traces Away from Analog Traces

A capacitor is formed by using parallel traces or conductors. So, if you place the traces very close together it will capacitively couples the signals on the traces, especially if the signals are high frequency.

Hence, you should always keep high frequency and noisy traces away from the traces that you do not want noise on.

6. Ground is Not Ground

Ground is actually not an ideal conductor.

Hence, you should take care to route noisy grounds away from signals that need to be quiet.

You can make ground traces large enough to carry the currents that will flow. It’s ideal to place a ground plane directly under signal traces lowers the impedance of the traces.

7. Via Size and Number

Vias have both inductance and resistance.

So if you are routing a trace from one side of the PCB to the other and need low inductance or resistance, you should use multiple vias as large vias have lower resistance.

This is especially useful in grounding filter capacitors and high current nodes.

Some component datasheets(especially power diodes and power MOSFETs or voltage regulators) have guidelines for using PCB surface area as heatsinks.

Vias can be used to transfer heat from one side of a PCB to the other.

This is especially useful in case where a PCB is mounted on a heatsink on a chassis which further dissipate heat.

As we know, large vias transfer heat more efficiently than small vias. Hence it will lower the operating temperature of components and increase the reliability.

10. Distance between Traces and Mounting Holes

Since, solder mask is not a reliable insulator, you should always take care that there is distance between copper and any mounting hardware.

Examples of components that are sensitive to heat are thermocouples and electrolytic capacitors.

The heat generated by these components depends on the current flowing through them.