The exclusive-NOR circuit, abbreviated as EX-NOR, operates just opposite to the EX-OR circuit. The symbol of an EX-NOR gate is given in fig.1 .

Basically the “Exclusive-NOR ” gate is a combination of the Exclusive-OR gate and the NOT gate.

The truth table for two input EX-NOR gate is given below in table 1. 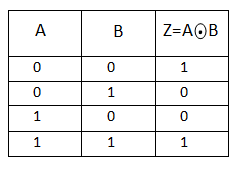 When both A and B are the SAME the EX-NOR gate will give an output at Z.

In general, an Exclusive-NOR gate will give an output value of logic “1” ONLY when there are an EVEN number of 1’s on the inputs to the gate (the inverse of the Ex-ORgate) except when all its inputs are “LOW”.

which means we can realise this new expression using the following individual gates. 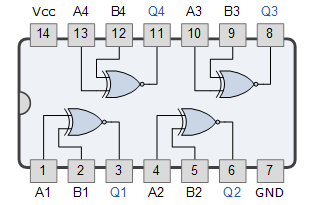 It contains four 2-input EX-NOR gates in a 14-pin DIP.

The pulsed operation of an EX-NOR gate is illustrated in fig 6 . 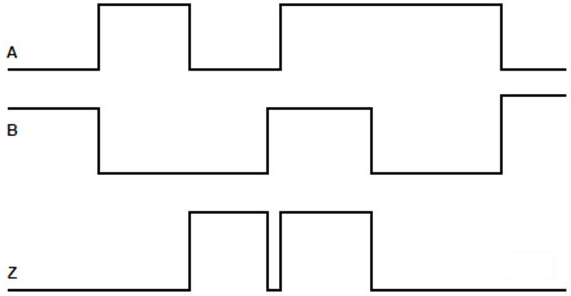