In PWM, the width of the modulated pulses varies in proportion with the amplitude of modulating signal. The waveforms of PWM is shown in fig.1 below. 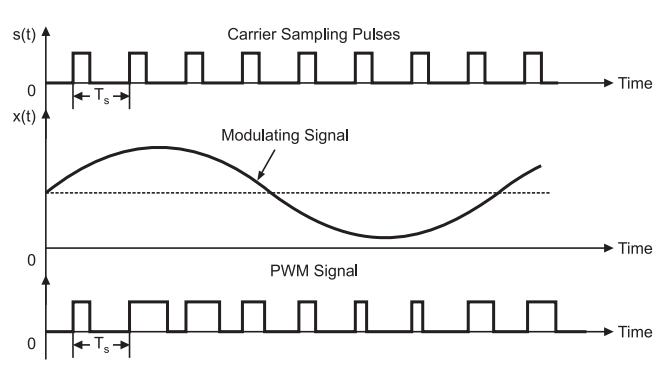 As we can observe, the amplitude and the frequency of the PWM wave remain constant. Only the width changes.

That is why the information is contained in the width variation. This is similar to FM.

As the noise is normally additive noise, it changes the amplitude of the PWM signal.

At the receiver, it is possible to remove these unwanted amplitude variations very easily by means of a limiter circuits.

As the information is contained in the width variation, it is unaffected by the amplitude variations introduced by the noise. Thus, the PWM system is more immune to noise than the PAM signal.

The block diagram of a PWM signal generator is shown in fig.2 below. This circuit can also be used for the generation of PPM signal.

However, the occurance of its trailing edges will be dependent on the instantaneous amplitude of x(t). Therefore, this PWM signal is said to be trail edge modulated PWM.

The circuit for the detection of PWM signal is shown in fig.3 below.

The working operation of the circuit may be explained as under: 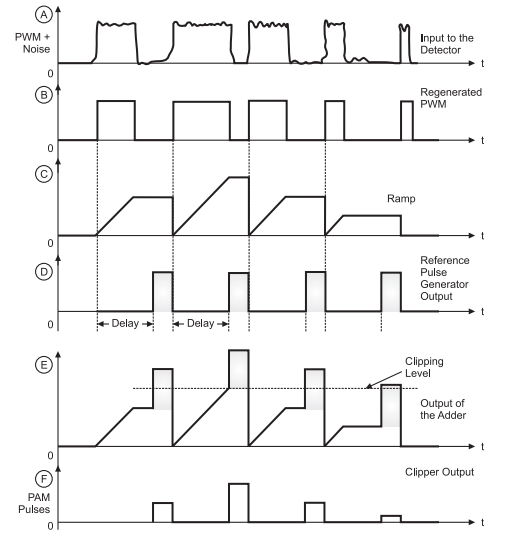