How to test a Diode with a Multimeter

Before going for the assembly of the basic electronic components in any particular circuit, it is always advisable to test the components about their working condition or functioning, to avoid the undesired outcome.

So we need to conduct some testing procedures for the main components in the circuit to know their proper working. So, let us look on how to test diodes with a multimeter.

How to test a diode

The diode is a two terminal semiconductor device which allows the current flow only in one direction. These are found in many applications such as rectifiers, clampers, clippers and so on.

The testing of the diode is done to know its proper working conditions in forward and reverse bias modes.

The basic diode test is very simple to perform. Just two tests are needed with the multimeter to ensure that the diode works satisfactorily.

The method of testing a diode with an analog meter is quite straightforward. 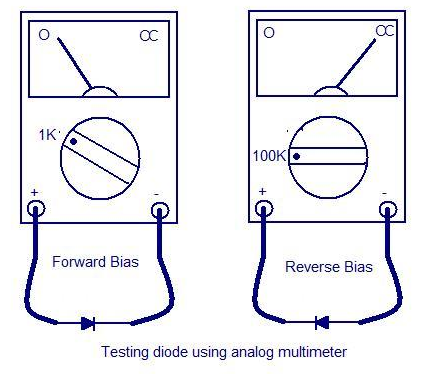 The diode testing using a digital multimeter (DMM) can be carried in two ways as there are two modes available in DMM to check the diodes such as diode mode and ohmmeter mode. 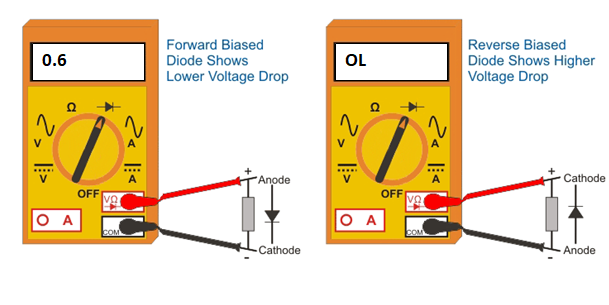