The Concept of Fourier Series

The frequency of a signal is also a very important thing that we need to understand. Frequency is a way of expressing how many times a certain point of a signal has occurred during a period of 1 second).  The conventional unit of frequency was Cycles per second and was later changed to Hertz. The unit Cycles per second is more intuitive to understand the concept of frequency as shown in the diagrams below.

Take a look at figure 1, we have one cycle in the period of 1 second hence frequency is 1Hz(Hertz). 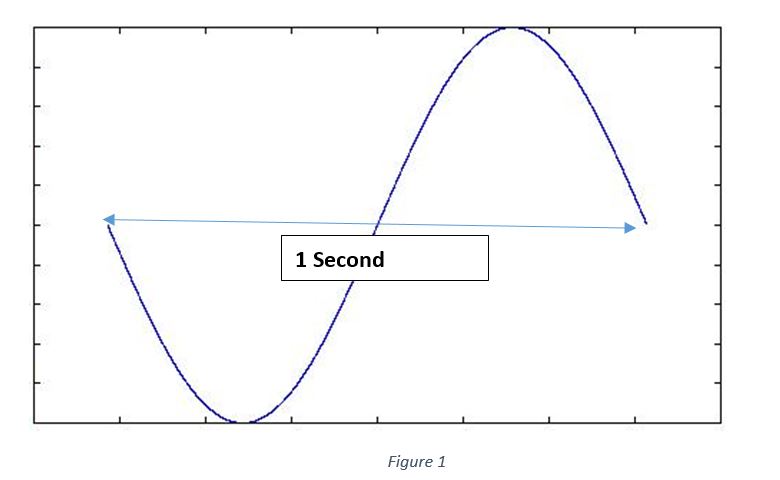 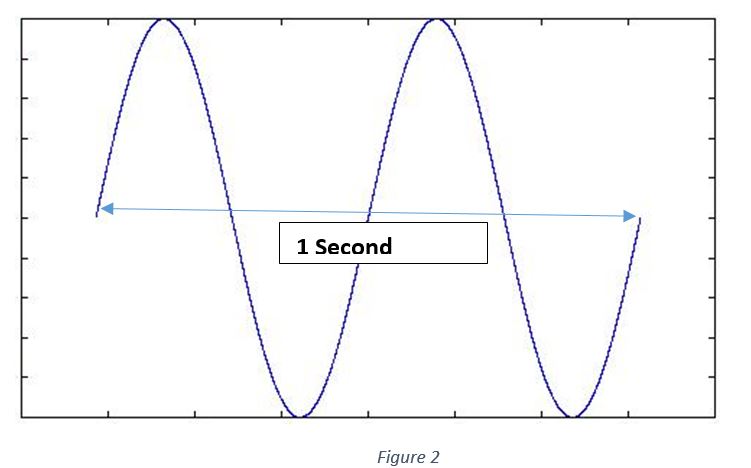 As we just saw the concept of frequency we also need to know something called as Harmonics. Suppose if we consider any signal (for simplicity let’s consider 1Hz) now any signal with a frequency of integer multiple of 1Hz is known as harmonic of 1Hz.

Now we are equipped with the basic knowledge of signal, frequency and harmonics and it is time to dive into the world of Fourier analysis.

Jean B. Joseph Fourier was a French mathematician who proposed an idea that any periodic signal can be represented by addition of scaled basis signals of different frequencies(harmonics). The idea behind the statement is very simple, take any periodic signal (A signal which repeats itself after certain amount of time) and we can approximate that signal by adding scaled signals of specific type with different frequencies. The concept has an analogy with the concepts of vector resolution which says Any vector can be represented by its horizontal and vertical components.

The concepts of periodic waveform and Fourier series statement can be clarified by following diagrams. 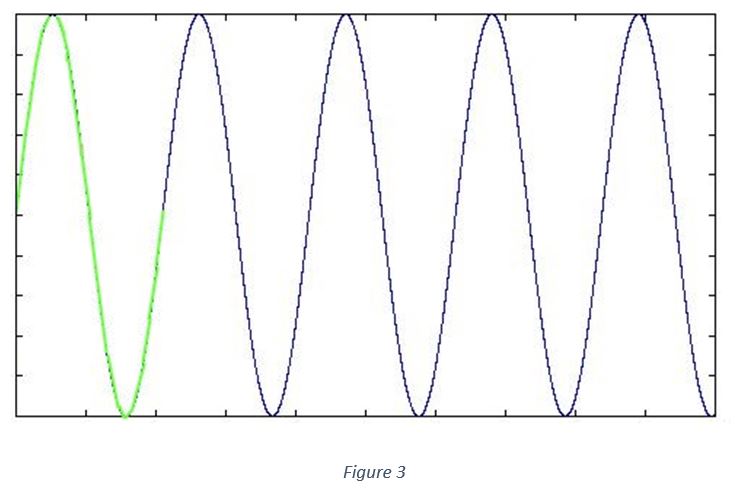 The figure 4 shows how to interpret the statement of Fourier Series, a basis signal(Orange) scaled with Coefficients(Green) is added together to get approximated periodic signal(Blue).

The basis signals that are used to approximate the periodic signal shown in the diagram (Orange) are important as those are the signals which will be scaled and added together to get our periodic signal.

Where f(x) is the function /signal that we want to approximate, and a(n) and b(n) are the scaling coefficients which are also known as Fourier Coefficients are given by 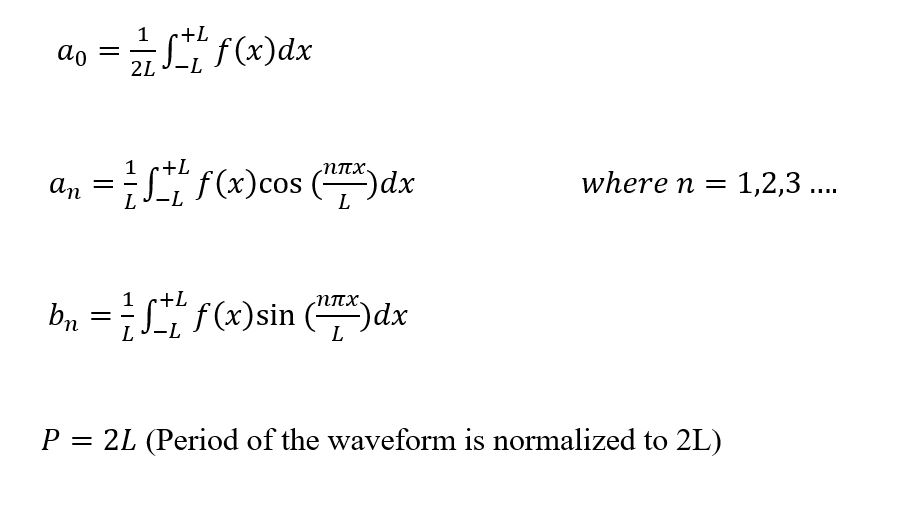 So the Trigonometric Fourier Series says that any periodic function/signal can be expressed as addition of scaled sins and cosines having different frequencies(harmonics).

Wait!!!…. so for this example of human voice… if I take basis signals and add them together with proper scaling can I generate human voice????

Now to solve mathematically we need to find value of L 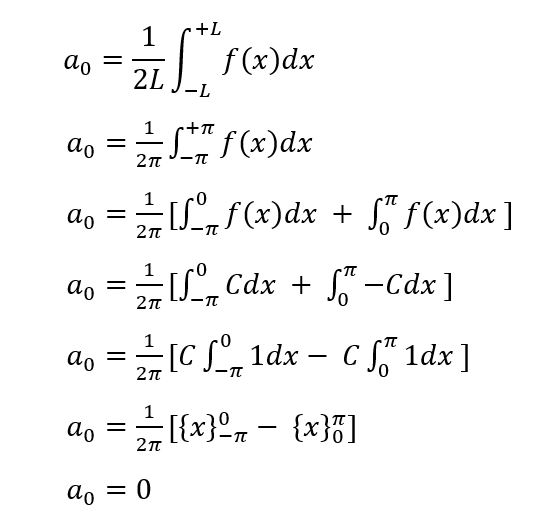 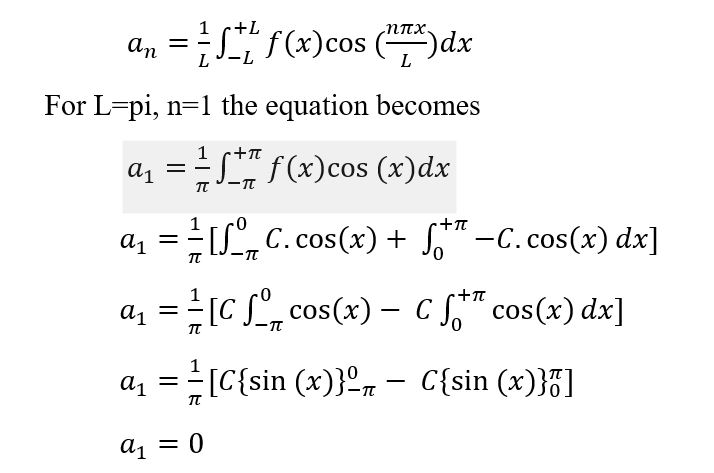 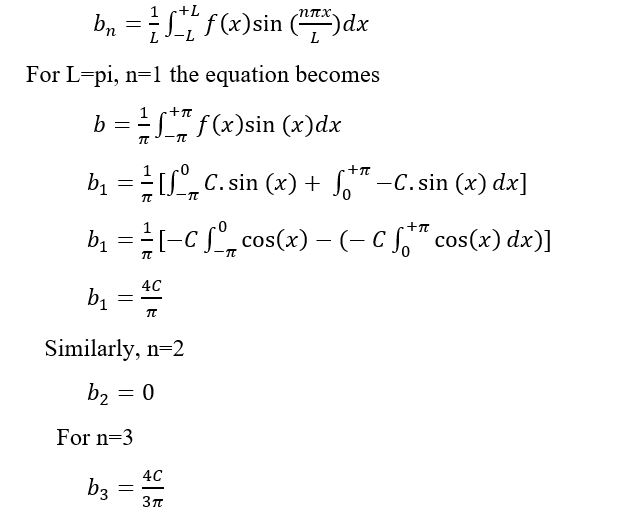 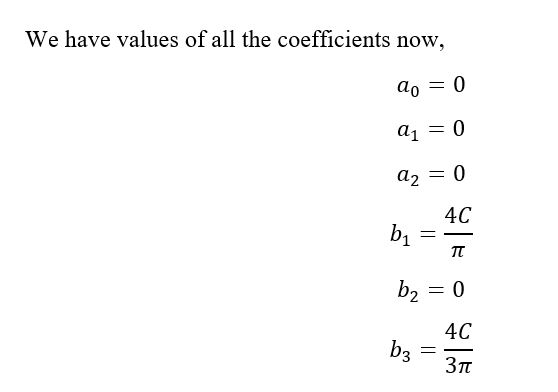 Note that we can calculate coefficients for n=4,5,6…. But for the purpose of understanding we are only calculating 3 coefficients.

After putting the values of coefficients we get

So as I promised you we have resolved the original function into its components of harmonics. Now I said that if we take these basis (sines and cosines) signals and add them together we will get the square wave back…. let’s check it out

Note that for adding these signals together I am making some assumptions, consider coefficient part  to be 1 for simplicity as it is nothing but a constant.

sin(x) is represented below in figure 5 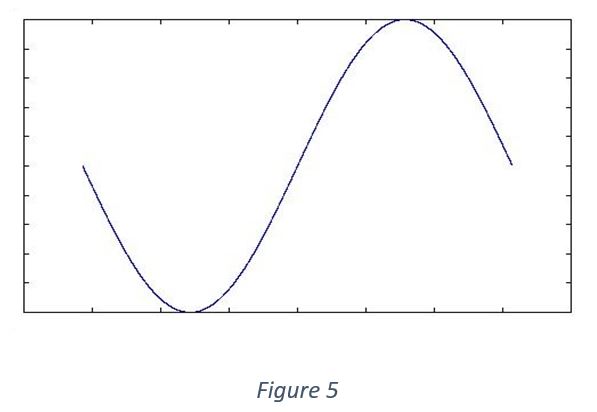 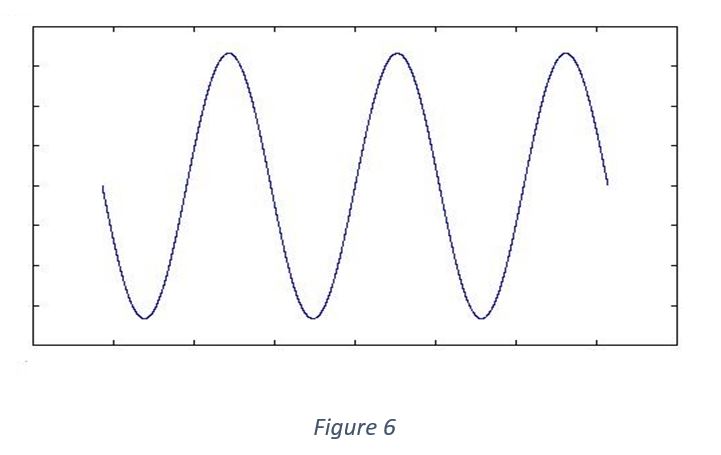 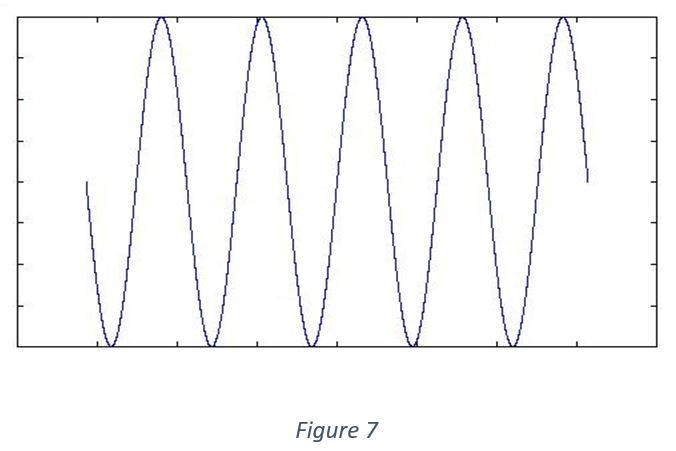 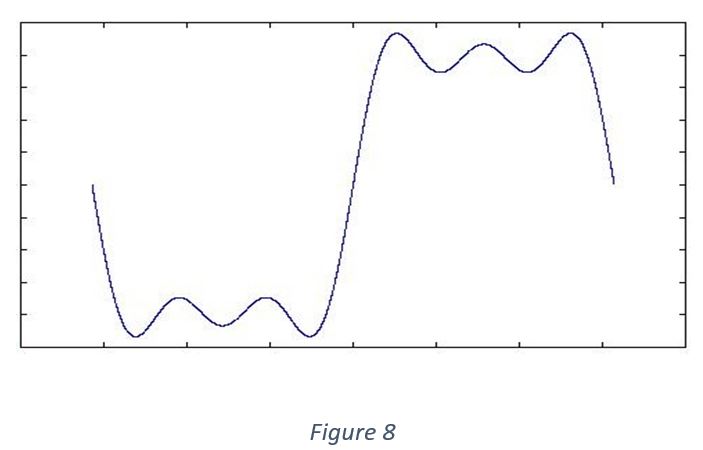 The Wave already looks like a square wave, as we add more and more number of harmonics the waveform will become more and more squarish.

I completed my M Tech in Electronics(Digital systems) and i love to simplify complicated concepts.