What Is  a Transistor

When a third doped element is added to a crystal diode in such a way that two pn junctions are formed, the resulting device is known as a transistor.

A transistor consists of two pn junctions is formed by sandwiching either a p-type or n-type semiconductor between a pair of n-types or p-types  semiconductors respectively.

There are two types of transistors, namely: 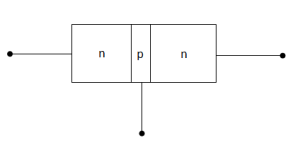 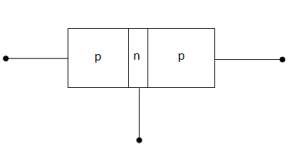 The following points can be noted  in each type of transistors:

(i)  These are two pn junctions. So, a transistor may be considered as a combination of two diodes connected back to back.

(ii) There are three terminals, one taken from each type of semiconductor.

(iii) The middle layer is very thin. This is the most important factor in the function of a transistor. 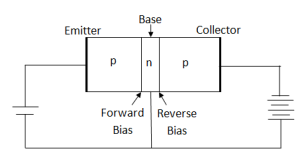 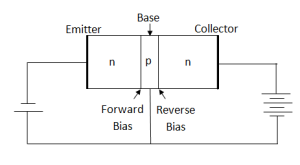 Before discussing transistor action, it is important to keep in mind the following facts about the transistor:

(i) The transistor has three regions, emitter,base and collector. The base is much thinner than the emitter while the collector is wider than both. However for the sake of convenience the emitter and collector are usually shown to be of equal size.

(ii) The emitter is heavily doped so that it can inject a large number of charge carriers into the base.

(iv) The collector is moderately doped. 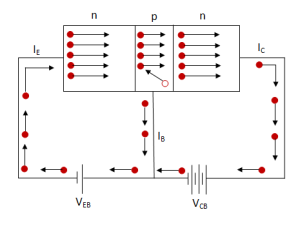 The forward bias cause the electrons in the n-type emitter to flow towards the base. This constitutes the emitter current IE.

The remainder i.e more than 95% cross over into the collector region to constitute collector current IC.

In this way almost entire emitter current flows in the collector circuit.

The emitter current is the sum of collector and base current. 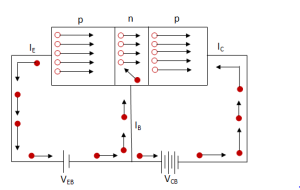 The forward bias causes the holes in the p-typ emitter to flow towards the base.This constitute the emitter current IE.

The remainder holes i.e. more than 95% cross into the collector region to constitute collector current IC.

The symbols used for npn and pnp transistors are shown below in fig.5(i) and fig.5(ii). 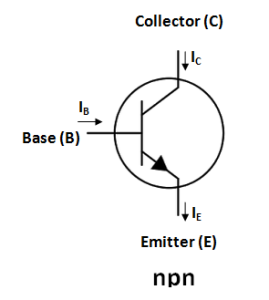 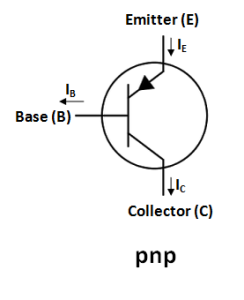 It can be noted  that the emitter is shown by an arrow which indicates the direction of conventional current flow with forward bias.

For npn connection, the conventional current flows out of the emitter as indicated by the outgoing arrow in fig.5(i).

Similarly, for pnp connection, the conventional current flows into the emitter as indicated by the inward arrow in fig.5(ii).

Transistor circuit as an Amplifier

A transistor raises the strength of a weak signal and thus act as an amplifier.

Fig.6 shows the basic circuit of a transistor amplifier. 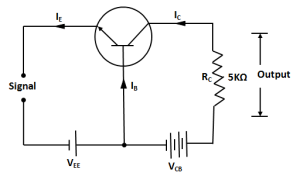 This d.c. voltage is known as bias voltage and its magnitude is such that it always keeps the input circuit forward biased regardless of the polarity of the signal.

As the input circuit is forward biased ,it has low resistance,therefore, a small change in signal voltage causes an appreciable change in emitter current.This causes almost the same change in collector current due to transistor action.

The collector current flowing through a high resistance RC produces a large voltage across it.

Thus, a weak signal applied in the input circuit appears in the amplified form in the collector circuit.

It is in this way that a transistor acts as as amplifier.

Please help me grow this site by following me on Google Plus . You can follow me by clicking the button below.